For the purposes of education and entertainment, the module contains several example tunes that are expressed as Python lists. They can be used like this:

All the tunes are either out of copyright, composed by Nicholas H.Tollervey and released to the public domain or have an unknown composer and are covered by a fair (educational) use provision.

DADADADUM – the opening to Beethoven’s 5th Symphony in C minor.
ENTERTAINER – the opening fragment of Scott Joplin’s Ragtime classic “The Entertainer”.
PRELUDE – the opening of the first Prelude in C Major of J.S.Bach’s 48 Preludes and Fugues.
ODE – the “Ode to Joy” theme from Beethoven’s 9th Symphony in D minor.
NYAN – the Nyan Cat theme (http://www.nyan.cat/). The composer is unknown. This is fair use for educational porpoises (as they say in New York).
RINGTONE – something that sounds like a mobile phone ringtone. To be used to indicate an incoming message.
FUNK – a funky bass line for secret agents and criminal masterminds.
BLUES – a boogie-woogie 12-bar blues walking bass.
BIRTHDAY – “Happy Birthday to You…” for copyright status see: http://www.bbc.co.uk/news/world-us-canada-34332853
WEDDING – the bridal chorus from Wagner’s opera “Lohengrin”.
FUNERAL – the “funeral march” otherwise known as Frédéric Chopin’s Piano Sonata No. 2 in B♭ minor, Op. 35.
PUNCHLINE – a fun fragment that signifies a joke has been made.
PYTHON – John Philip Sousa’s march “Liberty Bell” aka, the theme for “Monty Python’s Flying Circus” (after which the Python programming language is named).
BADDY – silent movie era entrance of a baddy.
CHASE – silent movie era chase scene.
BA_DING – a short signal to indicate something has happened.
WAWAWAWAA – a very sad trombone.
JUMP_UP – for use in a game, indicating upward movement.
JUMP_DOWN – for use in a game, indicating downward movement.
POWER_UP – a fanfare to indicate an achievement unlocked.
POWER_DOWN – a sad fanfare to indicate an achievement lost. 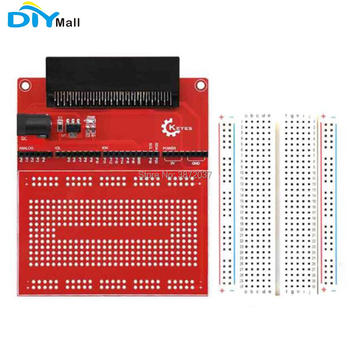 Prototype Extension Board for micro:bit 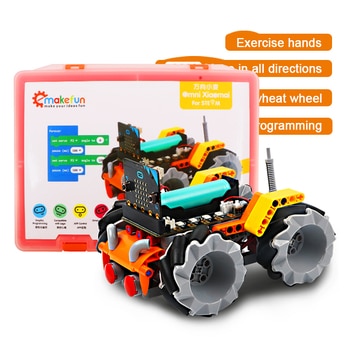 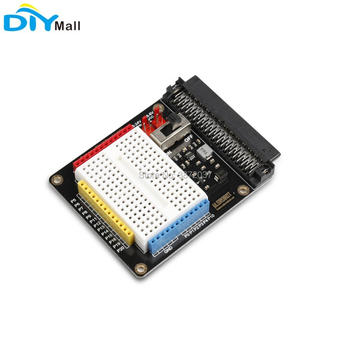 Expansion Board with Breadboard for BBC Micro:bit